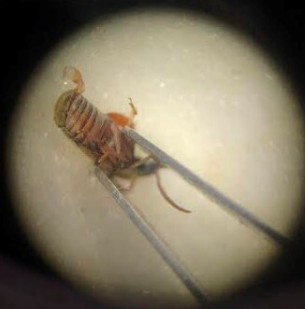 ‘‘The states of health or disease are the expressions
of the success or failure experienced by the organism
in its efforts to respond adaptively to environmental
challenges.’’—Rene Dubos, 1965

Most organisms have an elaborate and complex immune system, but our understanding of how such complexity and diversity evolved in natural populations has been surprisingly limited. However, frequent emergence of disease-causing crippling pathogens in recent decades has now transformed this very curiosity of understanding the fundamental aspects of evolving effective immune strategies and possible constraints into a pressing need. For instance, strong immunity within hosts may trump invading pathogens but can also cause severe collateral damage to their own DNA, cells and key organs. How then, do immune responses overcome these costs and yet afford to evolve efficiently against deadly pathogens? Also, how these processes are influenced by climatic conditions or diverse health parameters such as food and nutrition? Finally, what are the underlying mechanisms? These are the kinds of questions my lab at the Ashoka University is seeking to find answers to, by systematically tracking rapid divergence and evolution of immune system in tractable insect models (e.g. fruit flies & flour beetles), both at the organismal as well as the molecular level. We are using diverse methods ranging from population biology, experimental evolution, genetic and genomic methods to unravel the complexities of evolving immune responses. Below, I have summarized major research themes being pursued in my lab—

AGEING AND ITS EVOLUTIONARY IMPLICATIONS TO INFECTION, HEALTH AND DISEASE

Modern biological research is greatly equipped to tackle the question ‘how’, but often struggles when asked ‘why’. One such classic example is ageing research. Research over the last century has established the physiological mechanisms of ageing and its morbid symptoms such as the chronic battle against infection, disease and death. But, it is unfortunate that we have very limited insights about why ageing brings about such consequences. My lab at Ashoka University is trying to offer some clues, using our expertise in evolution and immunology. We think, that although ageing is a complex phenomenon with multiple aspects, much of its features during later-life can largely be explained by deregulated immune responses. At the heart of our proposed hypothesis is natural selection, the key mechanism of evolution – with a steady decline in reproductive ability with age, natural selection can become too weak to effectively control immune responses in older individuals, producing excessive immune activation at an inappropriate level.

We have already tested some important ideas in a range of model insects (e.g. fruit flies, flour beetles and mealworm beetles) that share several similar immune features with humans and other higher organisms. Do animals always benefit from immune responses? In an important paper published in the Proceedings of the Royal Society B, we, for the first time, pointed out that mounting immune responses are not always beneficial – instead, the net health impact of immune responses depend on when and how they are activated (i.e. individual’s age). For example, young individuals injected with bacterial cell components mounted an immune response that damaged their vital organs and resulted in early ageing with increased death rate, suggesting long-lasting effects of an early-life infection. Whereas, reducing the immune response extended their life. Similarly, older individuals injected with a live pathogen lived longer, only if their immune response was suppressed. We now reason that similar mechanisms could also operate in other organisms, as ageing is an integral feature of most multi-cellular life, including humans.

However, most things remain to be tested. To find more experimental evidence for our hypothesis, my group at Ashoka University is now directly testing the evolutionary outcomes of excessive immune responses during ageing. Pavan and Saubhik Sarkar, two of my PhD students, are using experimental evolution, a powerful tool to observe evolutionary processes in the laboratory animal models, and evolutionary physiology as approaches to address these issues. Since tracking evolution in higher organisms, including humans, is difficult with their complex immune system and long generation cycle, our group uses faster-reproducing insect populations with a relatively simple immune system that provide an excellent opportunity to tease apart fundamental evolutionary processes and their impacts on age-related physiological processes. With a constant age-specific rise in autoimmune inflammatory diseases such as diabetes, multiple sclerosis and arthritis in human populations across the globe, our research aims to provide critical breakthroughs in our fundamental understanding of ageing.

Under natural conditions, hosts are exposed to a wide variety of micro and macro-organisms simultaneously, serving as critical determinants for shaping up their effective immune strategies. Given the ubiquity of multiple infections in nature (e.g. Hepatitis B Virus and Schistosoma mansoni; Hepatitis C Virus and HIV in humans), a deeper understanding of how they shape the evolution of host immune responses, infection dynamics and disease outcomes is undeniable. However, despite the importance and natural relevance of co-infection, there are no systematic studies to empirically test how hosts might respond to coinfection: Total activation of entire immune repertoire is a massacre as it will impose heavy immunopathological tax on host itself, whereas too little is no escape too as it will give the pathogens free pass. So, how do hosts manage to optimize the use of divergent immune mechanisms amidst the confusion created by diverse coinfecting pathogens across evolutionary time-scale? To seek the answer for once and for all, we are using experimental evolution of insect lines against a vast array of co-infecting pathogens with distinct infection dynamics and immune activation patterns, followed by genetic analyses to reveal the mechanistic basis. We are on our way to to generate an integrated understanding of how hosts evolve optimal immune strategies to meet divergent challenges of multiple infections, influencing the complex infection dynamics and disease spread in a population. Stay tuned for more to come soon!!

Climate change can determine how immune responses might function, with major consequences on susceptibility to infectious diseases and emerging infections – e.g. inefficient immune responses at higher temperature might cause more deaths due to infection and disease. To model how the efficiency of immune responses might change in these situations, we are directly monitoring the evolution of host immunity and infection outcome under ecologically relevant conditions to the effects of climate change such as increased temperature, malnutrition, food scarcity and increased pathogen growth. Using hypothesis-driven integrated experimental frameworks, we hope to generate novel and rare insights into how long-term evolution might affect life and disease transmission in future populations. These data might also provide an unprecedented opportunity to generate theoretical models on how the immunity, parasite and infection prevalence interact to affect the outcome of infection and disease in the current and future climatic contexts, with major implications to health and disease.

A longstanding belief in immunology is that insects lack memory and specificity in their immune response because they do not have the lymphocytes and functional antibodies that are responsible for the acquired immunity in vertebrates. Despite this, growing evidence suggests that low doses of pathogens may prime the immune response in insects (with relative simple innate immunity), reducing the risk and severity of infection by the same pathogen in the same developmental stage, across life stages, or to offspring (see Khan et al. 2016, Ecology and Evolution; Khan et al. 2017b, Proceedings B). Hence, an emerging question on insect immunity is – Are they really simple? or, we are just underestimating their potential. My lab is thus interested in tracking how different forms of insect immune memory evolve in both laboratory-adapted and wild populations, as a function of changing pathogen environment. We also expect to generate some powerful insights into their underlying mechanisms soon.

EVOLUTION AND CHEMICAL ECOLOGY IN RESPONSE TO CHRONIC ENVIRONMENTAL STRESS

As a curious biologist, I am also interested in how environmental conditions can impact our life. For instance, crowding (too many individuals) can intensify competition for food, reducing the nutritional intake. It can also increase the exposure to pathogens and toxic metabolic waste products, leading to poor hygienic conditions. How does an organism counter such poor conditions then? One possibility is that under these stressful circumstances, organisms can alter reproductive investments (producing a lower number of offspring) to reduce the population size. My recent work (with Deepa Agashe’s Lab at National Centre for Biological Sciences), published in a prominent scientific journal American Naturalist, not only provides an interesting example but also supports the hypothesis. Using global pest species red flour beetles; we demonstrated that they could significantly reduce their reproductive performance in response to high female numbers in populations. We further discovered that the entire process is chemically controlled. In a dense population, female beetles release toxic ‘quinone’ secretions from their body to communicate with other members so that they all can re-adjust the reproductive rate to avoid competition for food. This is also a rare example where we could find a chemical cause for a fundamental biological problem.

However, biological problems are rarely simple. As an example, the same quinones that are used by females for chemical communication under crowding are also potent antimicrobial agents since they can hinder pathogen growth in their surrounding environment. Therefore, the open question that we have is complex and multi-layered – is quinone production a response shaped by evolution to avoid crowding, or to keep the environment free from pathogens, or both? Once again, running long-term evolution experiments may have the answer. Basabi Bagchi, another PhD student in my lab, with several Ashoka undergrads, is testing different hypotheses on beetle quinones and their relevance to both population size and pathogen inhibition.

We have secured generous funding from Ashoka University, Wellcome Trust-DBT India Alliance and SERB-DST to support these projects 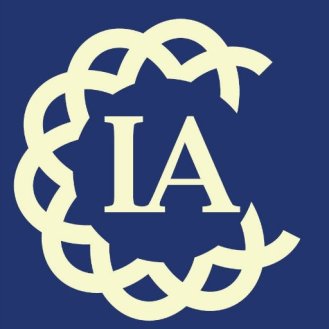